The Klamath Algae belong to a group of algae called blue-green and that they differ from other micro algae from fresh water, as it could be spirulina and chlorella as the Klamath seaweed (Aphanizomenon Flos Aquae) is not cultivated in tanks or fish farms, but it grows and develops in wildatmospheres of the Klamath lake. A lake that receives the waters of 17 aquifer sources, of which a great quantity of them come from the volcano which flanks are situated on this lake. It is a large portion of water that, apart from being fed of natural aquifers full of minerals, receives water from the mountain de-icing in an almost virgin environment. The Klamath Lake is situated in the south of Oregon in United States.

From 60% to 70% of the Klamath algae is formed by proteins, being present the 20 known amino-acids, whereby, the essential amino-acids are present- The best of all is, that the 20 amino-acids contained in the Aphanizomenon Flos Aquae or Klamath algae are present in the same proportions as in the human body.

Apart from the proteins that the Klamath (Aphanizomenon Flos Aquae) algae contains, bioavailable organic minerals are present in a high amount and 14 different vitamins, among them, those from B group and in special B12. This is the reason why the Klamath algae is an essential superfood for the nutrition of both vegetarians and vegans. Among its antioxidants, it contains fourteen carotenoids (including Alpha and Gamma), beta-carotens (cis and trans which help to its assimilation), ficocianines (natural anti-inflammatory). It contains polysaccharides, as it is known, they are immunomodulating, omega 3 fatty acids, that help to reduce “bad” cholesterol and triglycerides. Another great advantage is the high content of the Klamath algae in chlorophyll which contributes to the blood cleansing and detoxification. There are recent studies that indicate that including chlorophyll in the diet can result antimutagenic and anticarcinogenic. For the doctor Richard C. Heimsch –of the University of Idaho (United States)- “the risk of suffering from liver, colon, stomach and lung cancer can be reduced by half through an appropriate daily intake of chlorophyll”.

Different studies indicate that Klamath algae can benefit greatly persons that suffer from depression, fibromyalgia, allergies (either nutritional or respiratory), and also in cases of Attention Deficit Hyperactive Disorder (ADHD). Furthermore, it has been proved that these algae quickly activate the “killer cells” of the immune system and stimulate the activity of the macrophages (these are a type of white cells that are found in the blood and intervene in the defence of the organism against foreign substances and pathogens).

Klamath algae (Aphanizomenon Flos Aquae) have been proved of a great help in cases of diabetes and obesity. It normalises the metabolism of fats by reducing the level of arachidonic acid, cholesterol and triglycerides. The Klamath algae inhibit the pancreatic production of the amylases, as a result, a decreasing of high levels of blood sugar is produced and partially inhibit the activity of two enzymes: sucrose and maltose, which are responsible of the sugar assimilation through bloodstream. All that, indicates that Klamath algae (Aphanizomenon Flos Aquae) are useful in the treatment of diabetes and obesity. 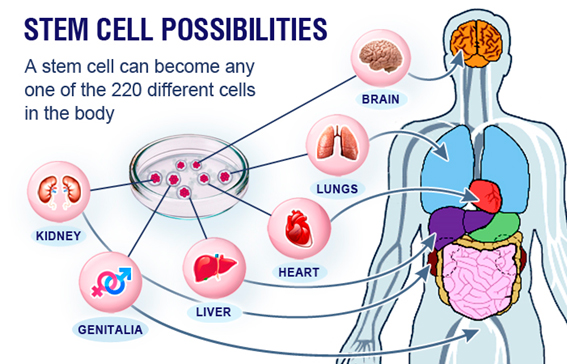 It has not been many years since has been proved that Klamath algae (Aphanizomenon Flos Aquae), stimulates the production of adult stem cells by the bone marrow, promoting also that these stem cells are transported to the specific organs that claim their regeneration or renewal. This discovery has represented a milestone regarding health issues, as they play a leading role in preventive medicine and the correction of different affections.

Now it is known that bone marrow stem cells or adult stem cells have the same regenerative activity that is attributed to embryonic stem cells. That explains that in these 25 years, many privileged people that consume them, assure having improved in cases of Alzheimer, diabetes and different autoimmune diseases.

Here we leave you with a part of the REDES tv programme from Televisión Española that very well analyzes the benefits that stem cells contribute to health:

Till now, Klamath is the only known food that contains significant amounts of phenylethylamine, an amino-acid produced in a natural way by our brain during states of euphoria and happiness (it is called the molecule of love).

The phenylethylamine directly contributes to increase the quantity of free dopamine in circulation it acts therefore, helping with depression, stabilising mood, improving mental acuity and memory and stimulating feelings of joy and affection.

Wide benefits of the Klamath algae

Foods are normally highly refined, processed and genetically altered, which provoke a high deficiency of nutrients. These facts affect our bodies over time. It is complicated to eat and keep us healthy nowadays, as stress and unhealthy habits have a lot to do.

Doctors make clear that the closer we are from the natural state in which foods are produced the better quality they will have.

A condition that these algae fulfil is that they have untouched enzymes. Amino-acids are present in their finest way, the same as minerals, trace-elements, vitamins and carbohydrates. It is remarkable that is not only what we eat but what our body absorbs. The Klamath algae provide to the nutrition a food of easy digestion and absorption.

For all the previously exposed we want to draw attention to a new great Exialoe product, ViBmax.

By taking the recommended daily dose (3 capsules in one take preferably before breakfast or lunch) of the food supplement we have a unique product that helps to delay cell ageing and diseases that this may cause as it has a high antioxidant power, favouring the nervous system regeneration and facilitating the release of adult stem cells which will allow us to have better quality of life.

As with any other dietetic complement it is recommended that you consult your doctor if you are pregnant, breastfeeding, receiving a medical treatment for any sickness or taking medicines.

DO YOU CARE ABOUT YOUR HEALTH?

Cart 0
Compare 0
Prev
Next
Right
Top
has been added to compare.
has been removed from compare.
Continue shopping Compare